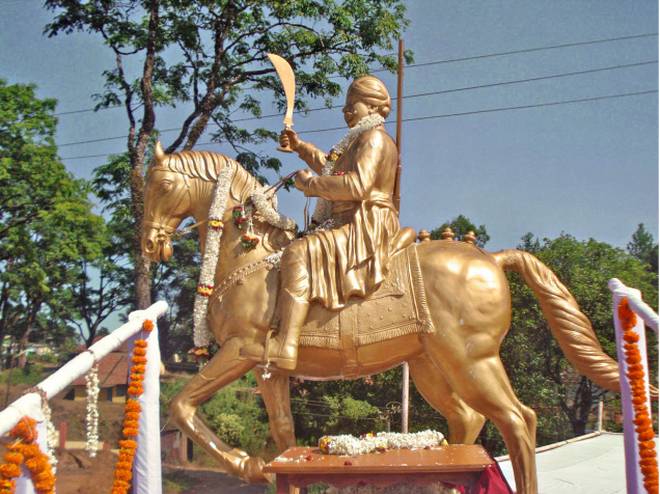 While famous throughout India for its serenity and coffee, Coorg also has a little known secret history. Coorg, and by definition, the ethnic Kodavas played an essential role in India’s freedom struggle. While the dusts of history might have hidden away many such key moments in the fight for freedom, the Kodavas will never forget the sacrifices laid down by their ancestors.

The Legend of Kodagu

Kodagu or Coorg had three names in mythology – Matsyadesha ,Brahmakshetra, and Krodadesha. There is an old legend about this beautiful country, and states that a long time back, when Alexander the Great invaded India, many of his soldiers stayed back, came down South, and married the native in the hills of the Western Ghats. The children born were some of the best warriors and hunters. The Kodavas as we know them are furiously prideful of their race, their independence, and their dignified self-assertion. There is no wonder then, that when the British rulers came knocking on their doors, they were faced with strong oppression by people who valued their freedom more than anything else.

The Rulers and Freedom Fighters of Coorg

Throughout history, many South Indian royal families such as theKadambas, Cholas, Gangas, Hoysalas, and even Tipu Sultan have ruled the area what we know as the Kodagu district.The British took over in the year 1834, exiled the thenruler – ChikkaVira Raja, and ruled till 1947, when India finally became independent. Many British men lost their lives during this takeover, as the Raja and the proud people of Coorg wanted to make sure that their freedom came at a price. Kodagu was the smallest province that belonged to the British in India, measuring only about 1582 sq. miles. One of the most famous freedom fighters from that era was PandyandaBelliappa, also known as the Gandhi of Kodagu.

The Coorg Rebellion of 1837

The Coorg Rebellion was actually a rebellion of the Gowdas, who shared the hills of the Western Ghats with the Kodavas. The main cause of this rebellion was the change in revenue collection as necessitated by the British and followed up in the region of Amara Sulya. In 1837, the farmers were unable to pay the revenue money, as a result of which they faced constant pressure and torture from the British. KedambadyRamegowda, Aparampara, Puttabasappa, and Kalyanappa stormed to Mangalore with hundreds of other people. The British lost that seat of power for almost two weeks, and only reclaimed it after coming back with heavy machinery and ammunition.

Many leaders from the region had taken part in the national Satyagraha planned by Gandhi in 1930-31. Some of the more famous people from that time include PandyandaBelliappa, Abdul Gafoor Khan, AjjikuttiraChinnappa, KalengadaChinnappa, PandikandaMadappa and many others. While facing atrocities and being in less numbers are compared to the rest of the country, the people of Coorg still kept fighting for their independence under their leaders until the very end.

Today, much of what you read above has been forgotten and is present in dusty tomes inside empty libraries. But for the people in Coorg, their contribution will always be remembered throughout generations.

In lieu of the dry summer months and in alignment with our conservation practices, our Jacuzzis will not be operational.

Based on all state government regulations and as per government authorized requirements, all guests coming from states that will need a COVID 19 RTPCR report will have to present the same at check in.

We appreciate your cooperation.