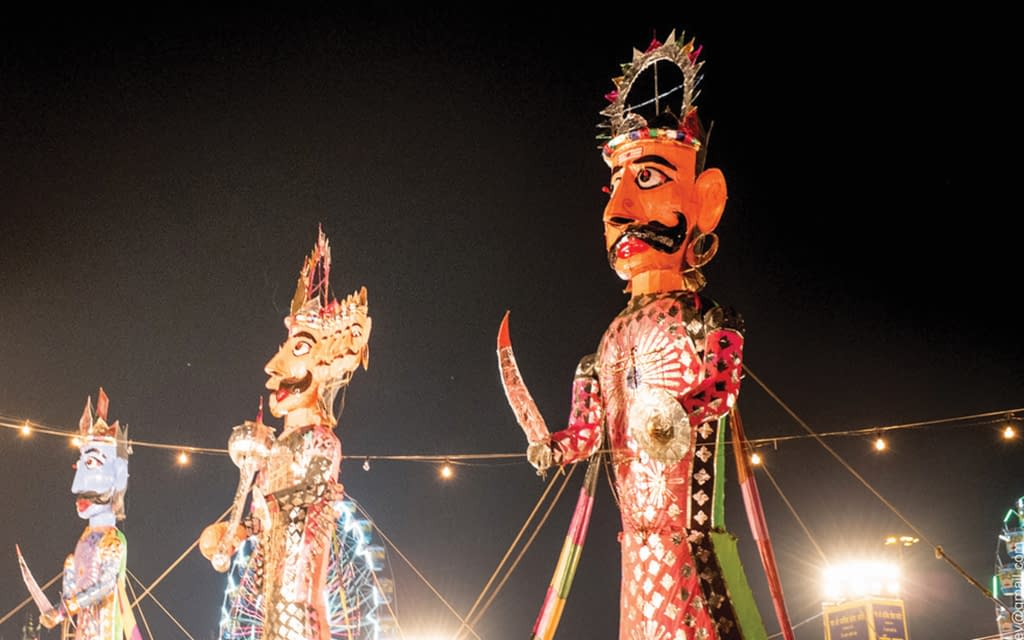 The Colourful World of Dasara in Madikeri

The festival of Dasara is extremely close to the people of our country and is celebrated at the end of Navratri every year. The festival is celebrated over a period of one week to ten days, and culminates in Vijayadashami, which marks Lord Rama’s victory over the AsuraRavana, symbolized by the burning of towering effigies all around the country.

Madikeri Dasara is one of the most famous Dussehra festivals in the country, and gives the more popular Mysore Dasara a run for its money. Celebrated within the quaint hills of Coorg, this festival has a history which spans over a century and is 10 fascinating days long.

According to folk legend, more than 120 years ago, the people of Madikeri were suffering from a debilitating disease which was taking heavy toll on the town folk. Concerned about the health of his people, the king of Madikeri then decided to pray to Mariamma, the local goddess. Soon enough, the disease was eradicated and the region once again returned to its former, happy self. Since then, the Madikeri Dasara starts on the day after Mahalaya Amavasya in honour of the goddess.

A Celebration of Good Triumphing Over Evil

The entire Dasara festival in the hills of Madikeri revolves around taking the female goddesses (shakthidevathas) from the town’s four different Mariamma temples out for a procession to protect the people against illnesses and evil. Preparations for this event today starts almost 3 months before, as with the 4 Karagas (a vessel filled with rice, 9 different grains, holy water) 10 more Mantapas are involved to start the Dasara procession, all of which then culminates on final day of Vijayadasami.

The Mantapascompete with each other every year for top honours, and therefore every year they try to outdo the decorations of the previous year. The winning Mantapa gets 24 grams of gold while the runners-up are also awarded well.

The Festival of Colour, Lights, and Dance

The festival of Madikeri Dasara today is a spectacular affair, as the entire hill town bops and grooves to music and dances around huge carnival floats carrying the Karagas and huge-towering mechatronic statues of deities such as Ganesha, Shiva, Vishnu in many poses and performing various different demon-slaying acts. Pulled by tractors, these floats are surrounded by a throng of people from all parts of the town, while tourists mingle and take photographs of the extravaganza. If there was anything in Southern India which felt remotely similar to the Rio carnival, then this would be it.

At midnight on Vijayadasami, while the rest of India sleeps, this town is at its peak fervour, as Gandhi Maidan near Raja Seat is taken over by orchestra which plays on till the wee hours of early morning. The entire town comes together as one in this festival, and the lights are so bright that it can be seen from afar within the hills which are otherwise pitch dark at night.